Polish and British “Voices of Truth” in Support of Ukraine 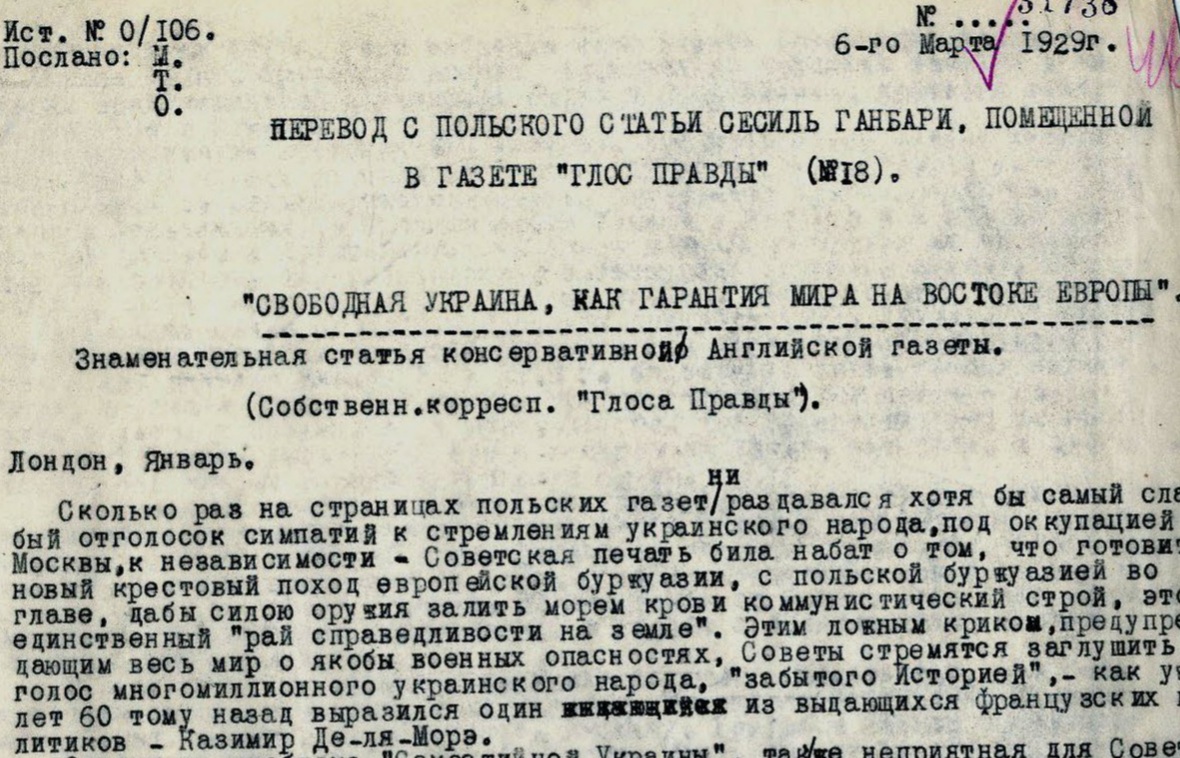 Referring to earlier declassified documents from the Intelligence’s archives makes it possible to make sure once again that the current numerous countries’ support to Ukraine in the confrontation with Russia has deep roots. Progressive Europeans in different historical periods were realistically aware that the Ukrainian people were being oppressed by moscow, and tried to convey this thesis to the general public, shaping public opinion for the long term. Another striking evidence of this is the articles in the Polish and British press of the 1920s.

The publication entitled “Free Ukraine As a Guarantee of Peace in the East of Europe”, published in the Polish newspaper “Voice of Truth” in early 1929, immediately drew attention of foreign agents of the NKVD of the USSR and they sent it to their curators. The latter recognized it as ideologically harmful (like everything that cast a shadow over the Kremlin's policy on the national question) and set the task of taking countermeasures.

The article was sent to Warsaw by a Polish newspaper's own correspondent in London. In it, he focused on how interestingly one of London's major monthly magazines – the conservative British National Review – covered the Ukrainian issue and raised it to the European level.

First, the journalist gives his own thoughts on the matter. In particular, he writes: “No matter how many times on the pages of Polish newspapers there was a faintest echo of supporters for the aspirations of the Ukrainian people, under the occupation of Moscow, for independence – the Soviet press sounded the alarm that the European bourgeoisie led by the Polish bourgeoisie was preparing a new crusade in order with the force of arms to fill with blood the communist system, the only “paradise of justice on earth”. With this false cry, as a warning to the whole world about the alleged military danger, the Soviets seek to silence the voice of the multimillion Ukrainian people… At the same time, the problem of an independent Ukraine, also unpleasant for the Soviets and tsarist Russia, does exist even if not as a pressing international political problem, but as an issue that continues to worry public opinion in the West.

After that, the author invites readers to get acquainted with what the National Review writes about the Ukrainian issue. In particular, its own correspondent quotes in detail Ms. Cecil Ganbari's article from the latest issue of the monthly.

Here are some of her statements from the publication:

• “Throughout history, Ukraine's long and continuous struggle with Russia, or, to be more precise, with Moscow, has been going on”.

• “It was against Moscow, that Vyhovsky made an alliance with Poland, Doroshenko — with Turkey, Mazepa— with Sweden, and Kapnist sought help from Germany. Hatred for Moscow led to the Brest-Lithuania Treaty and made the leader of Ukraine Simon Petliura a friend of Poland”.

• “At the same time, not only geographically or historically, Ukraine has been the key to the mystery of the power of the Russian sphinx, but first of all economically…”

• “Complementing these arguments, it must first of all be noted: give freedom to Ukraine, and you will deal a decisive blow to the very heart of the Soviet system”.

• “The League of Nations, which in words has always allegedly defended the interests of small nations, has in fact left them to their fate”.

• “At the same time, give them moral support through the League of Nations's loud recognition of their rights to self-determination, and you will significantly strengthen those elements within that are already working on their own people's freedom”.

The article ends as follows: “The British public opinion’s interest to the problem around independent Ukraine goes beyond current policy, it shows warning and a look into the future, to broad horizons covering all periods of time, which is a feature of the British political thought”. (Branch State Archives of the Foreign Intelligence Service of Ukraine - F. 1. – Case 12617. - V. 4. – P. 46-48).

Therefore, publications in the Polish and British press with an emphasis on the fact that a free Ukraine should be seen as a guarantee of peace in Eastern Europe are quite symbolic and significant from today's point of view. Even then, almost a hundred years ago, there was an understanding of this thesis. And current events once again confirm its relevance. 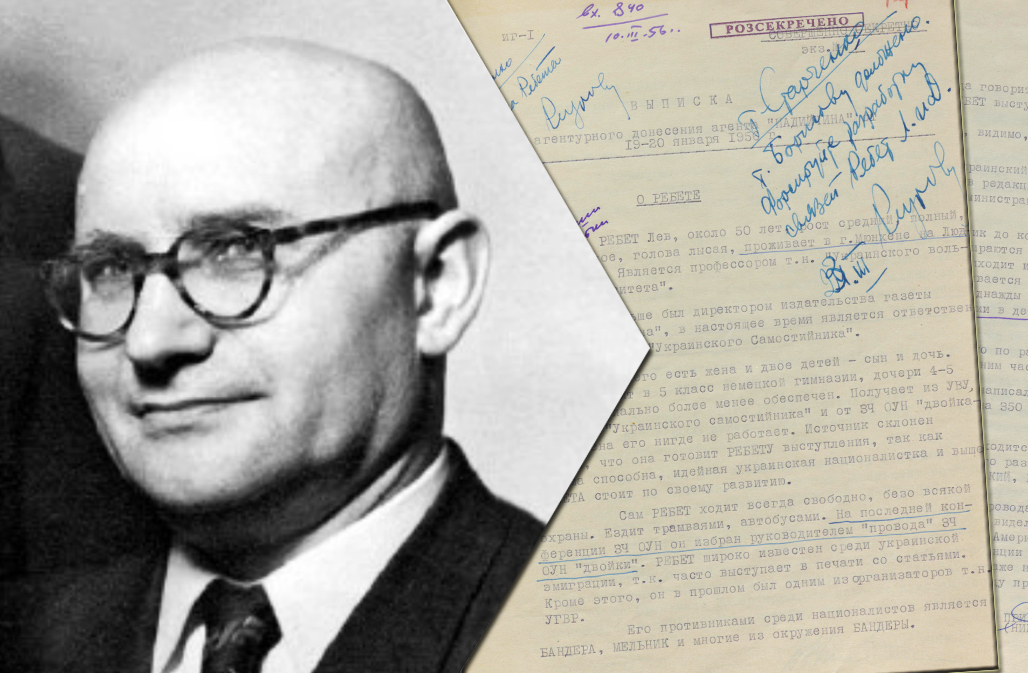 Lev Rebet. The Ideologue of the Existence of an Independent Ukraine in the Family of European Nations

The Branch State Archives of the Foreign Intelligence Service of Ukraine contain documents that allow to supplement and clarify some well-known facts about the life and work of Lev Rebet, one of the leaders of the Ukrainian liberation movement in the 20th century, who developed the historical, political and legal basis for a free, independent Ukraine in the family of European nations.