Foreign Intelligence of Ukraine: How It All Began 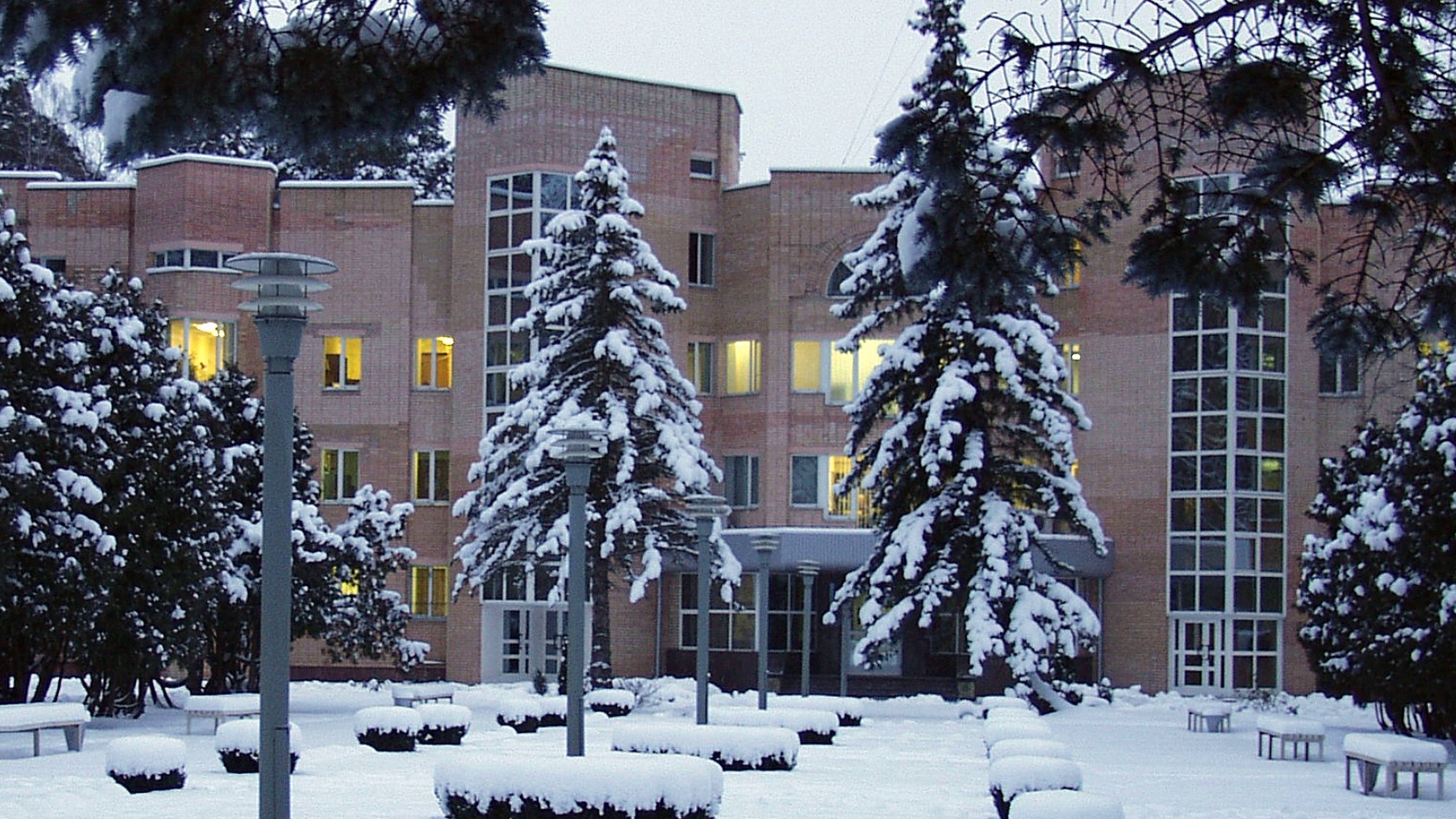 January 24 is the Day of the Foreign Intelligence of Ukraine

Now that at the state level we also celebrate the 100th anniversary of the Ukrainian Revolution of 1917–1921, it is worth remembering how the national security services were born, or — to be more exact — restored. After all, the basis of their activities, the core of the core were the spirit, valour and heroic deeds of the spies of the princely age, Cossack plastuns (scouts), patrollers and Bohdan Khmelnytskyi's omnipresent agents. On the patriotic wave of proclamation of the Ukrainian People's Republic all this arose with renewed vigor and for the Ukrainians' eternal goal — to maintain, build and defend their independence and statehood.

Instead, only during the years of Ukraine's independence, scientists, caring about the objective reconstruction of the history of national intelligence services, in particular, Doctors of Historical Sciences Sidak V. S., Vedeneyev D. V., Vronska T. V., researcher of the history of the Foreign Intelligence of Ukraine Skrypnyk O. V. and others began to write the true history of the Ukrainian Intelligence. Persistent seeking documents in domestic and foreign archives made it possible to fill in the blank pages of our history.

So, for the starting point of the history of the Ukrainian intelligence in this period should be taken the year 1918. It was then, under the Central Rada, that the development of the armed forces and special services of Ukraine began. Especially acute this question became after the UPR's signing the Brest Peace Treaty with the countries of the Austro-German Bloc (January 27, 1918).

At that time, the threat of Soviet aggression remained quite real, despite the fact that the Brest Peace Treaty signed with the countries of the Austro-German bloc (March 1918) had the following clause: “Russia obligates herself to conclude peace at once with the Ukrainian People's Republic and to recognize the peace treaty between that State and the Powers of the Quadruple Alliance. The Ukrainian territory will, without delay, be cleared from Russian troops and the Russian Red Guards. Russia is to put an end to all agitation or propaganda against the Government or the public institutions of the Ukrainian People's Republic”.

In March 1918, as Professor Sidak V. S. points out in his studies, Colonel O. Slyvynskyi, the new Chief of the General Staff of the Army of the UPR, conducted its structural reorganization. Henceforth, the General Staff consisted of two QM General Departments: the first of them managing operational activities of the Army, and the second — the problems of building up the armed forces themselves. In addition to these key units, the General Staff also had separate structures, which had to provide the Army with confidential official information, namely: an “intelligence” department and a foreign communication one, which had to organize the work of military diplomats of the UPR.

As of April 19, 1918, the above-mentioned Intelligence Department, according to Sidak V. S., had the following positions: the Chief, his Assistant, two senior officers, two translators and one official. There was a division of official duties between the officers of the Department. The Chief of the Department Mr. Kolosovskyi carried out the general management of the work of the intelligence unit. His Assistant Osavul (Captain) Matviyenko was in charge of the organization of the work of agents of the military intelligence (“managing secret intelligence”). One of the senior officers (Kurinnyi [Colonel] Mazur-Lyakhovskyi) conducted interrogations of prisoners of war and citizens who came from the territory of Soviet Russia, and the second (Kurinnyi Marchenko) kept in touch with the “Political Bureau for Counter-Intelligence”, collecting information valuable for intelligence which the Bureau was gathering. One of the translators (the second position was vacant) translated materials from the German and French languages. The official served as the Secretary of the Department.

During that period, the main aim of Ukrainian intelligence was to study the situation on the fronts of the Soviet troops in the Don and Kuban, taking into consideration the proximity of those regions to the borders of Ukraine. Also, intelligence was conducted against Romania, whose leadership did not hide its intentions to occupy Northern Bukovyna and Southern Bessarabia. These directions of work were considered as priority; on a second priority basis, intelligence was collected about the armies of other states. The secret information obtained by the Department, was included into daily intelligence reports for the Command of the UPR's Army. At the same time, the Department developed recommendations for the UPR's military attaches abroad.

Gradually, the main methods of work of the Intelligence Department got shaped: obtaining information by agents, through questioning of prisoners and citizens from the territory of a potential enemy and analyzing foreign publications containing information of interest to the Ukrainian intelligence service. As one of the fruitful methods of operational activity, they considered the exchange of confidential information with the intelligence of Ukraine's allied states. Although with the Austro-German military presence in the UPR, the military intelligence of the Republic depended on the intelligence services of this bloc. The Intelligence Department also experienced difficulties due to the lack of skilled personnel and logistical challenges. Despite this, a solid foundation was laid for further building and development of national intelligence agencies.

It is not surprising that from the beginning the intelligence was military one. The same priorities remained during the Hetmanate and the Directory of the UPR. This was explained by the fact that at that time, armed confrontation both within the Republic and on foreign fronts never stopped, requiring regular intelligence (first of all of a military character) on the enemy.

Those were hard times for both, the Ukrainian state and those who were at the root of the creation of national intelligence agencies. The country's leaders of that time did not have a proper understanding that intelligence could become a serious special tool in the struggle for the statehood of Ukraine. Not all had a clear idea of the limits of its capabilities and competence, which forms and methods they could use, not always the necessary funds were allocated for a large-scale work abroad, often the intelligence collected was ignored, and in general, the military building was not paid proper attention, which eventually ended in the defeat of the liberation struggle.

Yet even under such circumstances, Ukrainian Intelligence demonstrated its capacity, efficiency and enormous potential at the expense of true patriots, brave and desperate, ready to sacrifice themselves for the sake of a better future of a free, independent and sovereign Ukraine. A dispassionate view of the biographies of bright representatives of the national intelligence services makes it possible to understand what induced them to certain actions and deeds, gave power to overcome the enemies of Ukraine in an unequal confrontation, not to break, not to despair, not to give up even when the last hopes were melting.

Having looked behind the scenes of archival files, we can see in a new light the distant events of our history. And then it becomes even clearer why, in Soviet times, they were interpreted in a distorted light, why the images of representatives of the secret legion of the Ukrainian Revolution have always been discredited by Russian propaganda.

At the same time, knowledge of those events gives impetus to understanding what is happening today around Ukraine, the nature of Russian aggressive policy and the work of its special services. After all, what was happening on the territory of Ukraine in 1917–1921, those “hybrid” methods of Bolshevik-Ukrainian wars, can be seen in various forms in our time. And this is another argument to confirm how important it is to know and understand history, to learn from past mistakes, not to repeat them again and again, to make corrections to our genealogy, to take on the best of what was in the history of the national intelligence services and, the last but not the least — to know its main milestones.