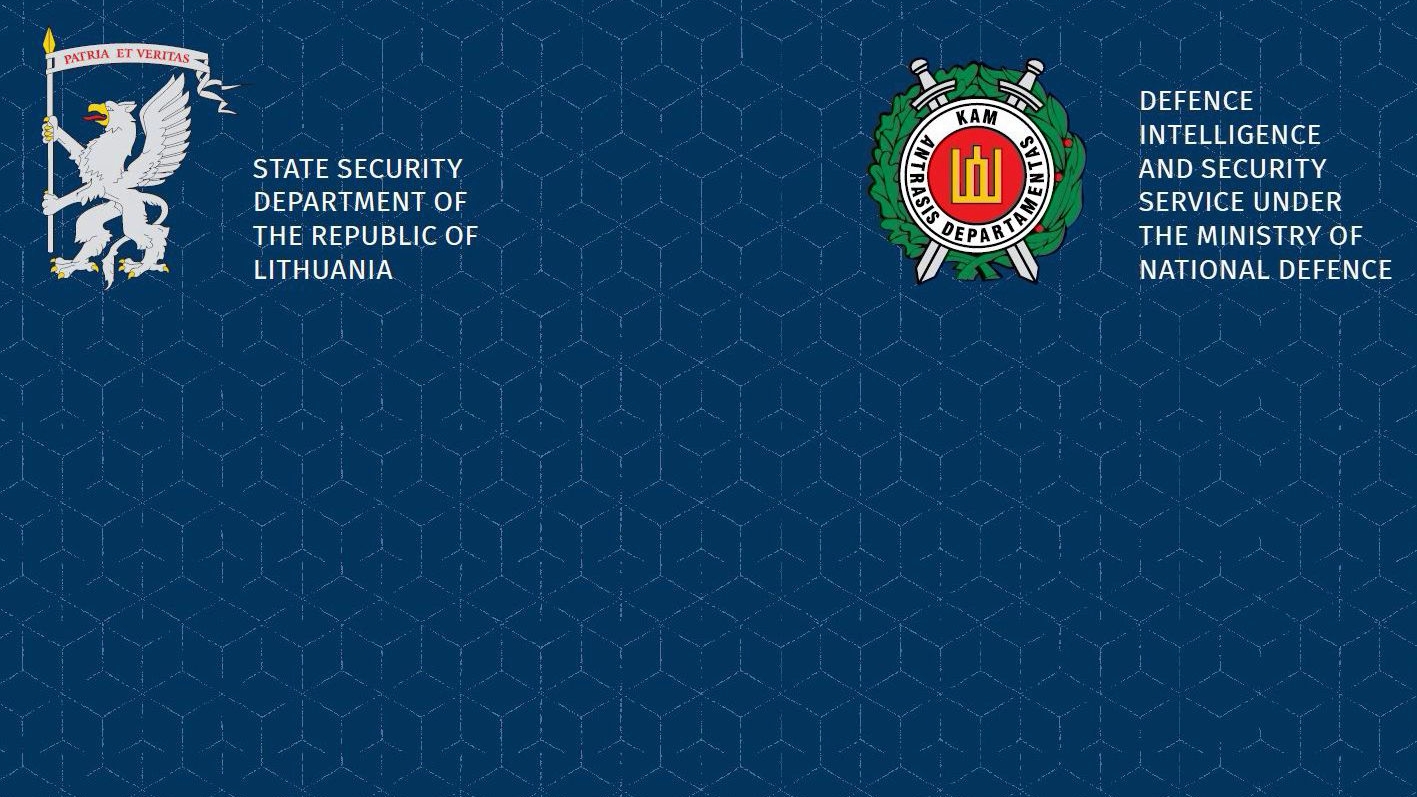 "Isolated, repressive and resentful Russia poses a major threat. Strengthening its power, Russia’s ruling regime imitates democratic processes but crushes its opponents. In terms of international relations, acting aggressively, Russian authorities increase their isolation and conflict possibilities. Russia has not abandoned its strategic objectives in the current and former members of the Commonwealth of Independent States (CIS), but it is struggling to achieve them".

"The military power remains the main tool for Russia to maintain and expand its influence abroad. Amid the COVID-19 pandemic, Moscow announced its aims to deescalate military tension between Russia and NATO, but aggressive manoeuvres of the Russian Armed Forces near NATO borders proved the opposite. Russia’s preparedness to exert influence by confrontational – including military – means over its opponents will persist".

"Tactical nuclear weapons hold a special place in Russia’s military planning, since they fill the gap between strategic nuclear capabilities and conventional weaponry (e.g. tanks, artillery systems, war planes and war ships), which is still unable to reach Western quality standards. In addition, tactical nuclear weapons are a useful deception tool since it is impossible for the opponent to tell apart weapons of the same type that are armed with nuclear or conventional warheads. Russian tactical nuclear weapon arsenal is not restricted by any international treaties. Such constraints are unacceptable to Moscow and, therefore, it is highly unlikely that Russia will ever agree to accept other arms control agreements that put restrictions on tactical weapons".

In the context of Ukraine, Lithuanian colleagues are focusing on the Russian-occupied territories of Donetsk and Luhansk regions:

”The subordinated to Moscow 1st (Donetsk) and 2nd (Luhansk) Army Corps, consisting of brigades, battalions, companies and smaller units, and numbering approximately 30,000 to 35,000 servicemen, operate in the Russian-occupied districts of Donetsk and Luhansk regions. At this, most of the servicemen  are locals motivated by financial rewards. These units in organizational terms correspond to the model of the Armed Forces of the Russian Federation, they are commanded and trained by Russian officers and instructors. The Corps are equipped with Russian weapons, gear, communication systems, and operate on the basis of the statutes of the RF Armed Forces. Thus, they can be seamlessly integrated into the Russian forces or interact with units sent from Russia. Moscow can easily increase its military pressure on Kyiv by using military formations that are fully and unconditionally controlled by Russia. Some of the military who took part in the fighting against the Ukrainian Armed Forces or served in those ACs were recruited by Russian private military companies (such as the Wagner PMC), with whom they performed tasks in the interests of the Kremlin regime and oligarchs in other conflicts (Syria, Libya, etc.) ”.

Based on  the results of the analysis, Lithuanian colleagues come to the following conclusions:

”Since the collapse of the Soviet Union, Russia has been using “frozen conflicts” to interfere in the internal affairs of neighboring countries. However, this tool is gradually losing its effectiveness. Moscow's attempts to impose its conditions on Kyiv in the context of forcing the reintegration of the Donbas with Russian-controlled local authorities remain unsuccessful.

The Kremlin will be unable to use the lever of its control over the Donbass to control Ukraine's foreign and domestic policies as long as Moscow's demands remain unacceptable to most Ukrainians”.