Without the Right to Forget 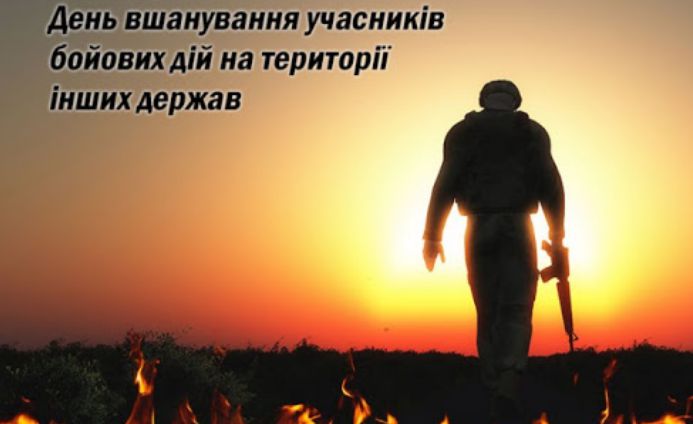 For many years on this day, Ukraine has been honoring participants in hostilities on the territory of other states.

The most tragic and large-scaled of those turbulent events was the 1979-1989 war in Afghanistan. In that war, one in four of the 600,000-strong Soviet army was Ukrainian. Exhausting conditions, difficult climate, daily losses of comrades - only those who fought and survived then, can understand all the horrors of that war. Ukraine paid too much for the Kremlin's ambitions - four thousand killed, eight thousand wounded and six thousand maimed.

For more than thirty years in your hearts there have been  pain and despair. But also kindness and love, great support and solidarity, the same fighting spirit and steel will power. Few of you, participants in those events, expected that already in independent Ukraine you would have to fight for your country with the Russian occupier. Ukraine has never waged wars of aggression, we have always defended our country from invaders. And when the “Russian world” came to Ukrainian land, you were the first volunteers to defend the territorial integrity of our country. You have provided real assistance to the defenders in the conduct of hostilities. Thanks to you in particular, Ukraine stopped the enemy's offensive and managed to liberate part of the occupied territories.

Today, as an active member of the world community, Ukraine with a peacekeeping mission makes its best contribution to ensuring peace not only in Ukraine but also in the world.

Dear warriors! Your courage, active position and loyalty  to your oath deserve respect and esteem. Thank you for your heroism and courage, dedication and great love for your homeland. I wish you peace and harmony, good health for many years, firm stand and hope.

Let us bow our heads to the imperishable memory of those who fought heroically and did not return to their homeland. Glory to Ukraine! Glory to the Heroes!

Chairman of the Foreign Intelligence Service of Ukraine