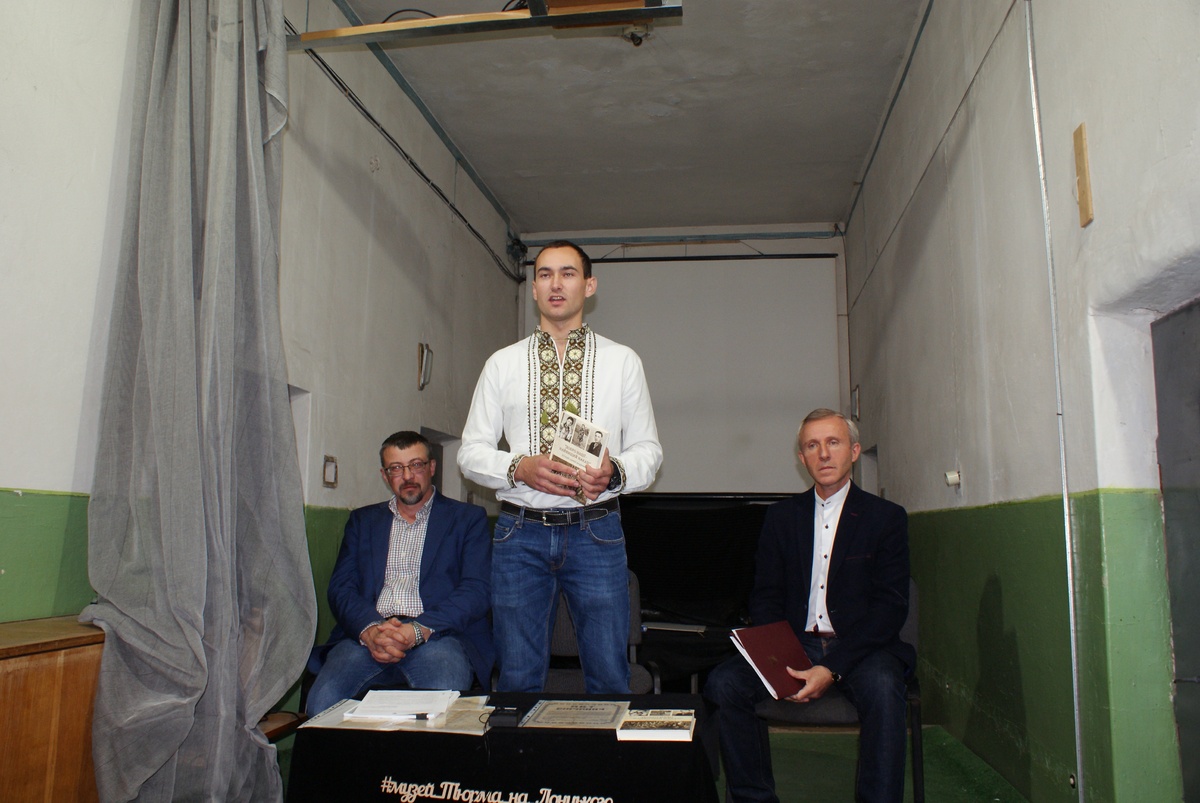 In Lviv, the Foreign Intelligence Service of Ukraine transferred to the National Museum-Memorial to the Victims of Occupation Regimes “The Prison on Łącki Street” a deciphered text of a unique document of the Ukrainian liberation movement – the Wedding Act of insurgents from Prykarpattia. The secret, which for 70 years was hidden behind a continuous set of numbers, has been solved.

For some time, this document had been published in scientific monographs on the history of liberation movement of the OUN and UPA and was interpreted as one of the few unique hand-made examples of marriage culture. And as the only one made by encrypting personal data and still undeciphered. All attempts by close relatives and researchers to decipher the numeric text were unsuccessful.

Cryptoanalysts of the Foreign Intelligence Service of Ukraine found out that to encrypt this text, the underground used the substitution cipher and the so-called “square” as a key. At present the text reads as follows: “On July 6 1950 the following people were married Hryhoriy Vatseba son of Vasyl and Hanna born January 23 1917 in Radcha Lysetskyi district Stanislav region a Greek Catholic peasant free and Maria Babinchuk daughter of Stepan and Paraska born April 10 1924 in Staryi Lysets Lysetskyi district Stanislav region a Greek Catholic nurse free”.

The fate of these figures of the Ukrainian liberation movement was quite dramatic. Hryhoriy Vatseba headed a number of district and supra-district OUN branches in Prykarpattia. In the underground he acted under the pseudonyms “Varnak”, “Sulyma”, “Brodych”, “Orel” and others. Due to a well-organized  secrecy and constant change of location, he was elusive. Maria Babinchuk, pseudonym “Kalyna”, was an underground typist, nurse and radio operator.

In July 1951, the insurgents died in the village of Lovahy, Rozhnyativ district, now Ivano-Frankivsk region. In the years of Ukraine’s independence a memorial cross was erected on the site of the last combat of the Sulyma group. Every year a memorial service and a viche [meeting] are held in honor of the heroes who did not accept the Soviets' coming to Western Ukrainian lands, forced displacement of many Ukrainian patriots to Siberia and rose to fight for an independent sovereign Ukraine. The events are attended by close relatives of the fallen, who in different years, actively supported the Orange Revolution on the Maidan, the Revolution of Dignity, helping the participants, taking part in the ATO, providing volunteer assistance to the defenders of Ukraine who were resisting the Russian aggression in the Donbas.

The rebels' daughter, Hanna Mariychyn, who was born in a kryivka [bunker] has preserved a number of family heirlooms. Her parents left them, going on their last march. Apart from the Wedding Act, these are farewell letters from the parents to their daughter, her birth certificate, photos. Placed in a bottle, these materials for a long time lay buried in the ground in a safe place. The insurgents' great-grandson Andriy Mariychyn brought the relics to the briefing dedicated to the transfer of the text of the deciphered document to the museum. He told about the dramatic fate of his heroic relatives and showed a book about them, which had just been published.

The director of the museum Ruslan Zabilyi and the researcher of the history of special services Oleksandr Skrypnyk told in detail about the deciphering of the document by specialists of the FIS of Ukraine, about the use of ciphers by the participants of the Ukrainian liberation movement of 1930–1950 in secret activities to transmit and hide information.

The present had the opportunity to see the original materials from the Branch State Archive of the FIS of Ukraine (samples of ciphers of the intelligence service of the State Center of the UPR in exile, OUN intelligence references, etc.), museum exhibits, including the key to reading ciphered texts and other unique documents.