National Unity Is a Prerequisite for Successful Resistance to External Aggression 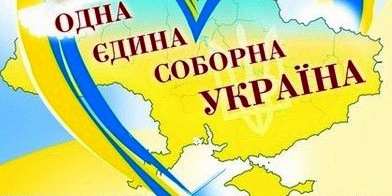 For the first time in 600 years, the Act of Reunification became an effective step towards the unification of Ukrainian lands and influenced further national and political processes in Ukraine.

Bohdan Khmelnytskyi and Ivan Mazepa, Petro Doroshenko and Pylyp Orlyk, Taras Shevchenko and Ivan Franko, Mykhailo Hrushevsky and Simon Petliura, Volodymyr Vynnychenko and Vasyl Stus, Volodymyr Ivasyuk and Vyacheslav Chornovil, Lina Kostenko and Levko Lukyanenko for centuries had been emplementing the idea of unity, which originates from the unification of ancient lands of Rus.

And although the turbulent 20th century had been mercilessly tearing the Ukrainian lands apart, throwing them into the “embraces” of empires, January 21, 1990, the idea of ​​unity began to revive. The hitherto unseen many-million human chain as a symbol of spiritual unity brought together Ukrainians between Kyiv, Lviv and Ivano-Frankivsk. From then on, every year Ukrainians from Chernihiv to Yalta, from Donetsk to Uzhhorod stand shoulder to shoulder, showing unity in defending their homeland from enemies. And the last seven years have proven it more than once.

Today, in the eighth year of the Russian aggression against Ukraine and the occupation of the territories of Donetsk and Luhansk regions and the Autonomous Republic of Crimea, the holiday of unity acquires a special significance and sound. We are again facing a very difficult but extremely responsible task - to return Ukrainian lands, to unite Ukraine in its desire to be united and integral, happy and prosperous. And we have the main common feature for this - a sense of dignity and freedom.